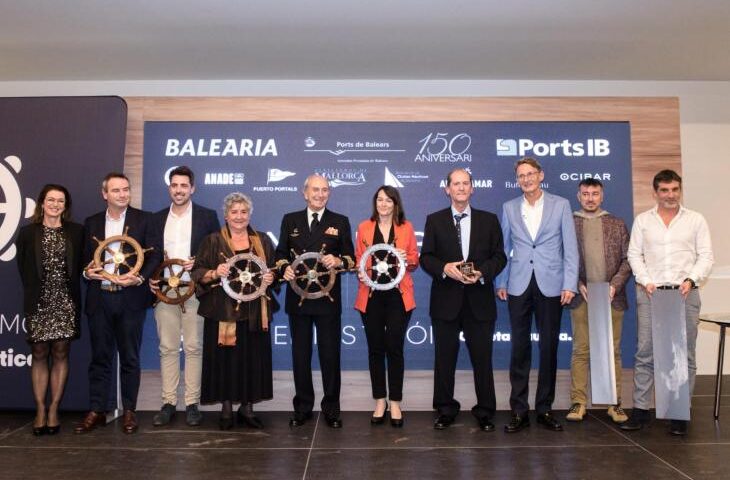 The VII Timón Awards of the Gaceta Náutica have recognized tonight the best representatives of Balearic sailing at a gala held at the Port Center in Palma. The event, presented by the journalist Cristina Roig, has brought together almost two hundred people, most of them linked to the maritime sector and recreational and sports boating on the Islands. The sporting awards went to Pedro Vaquer, as the best sailor, and Joan Toni Moreno, undoubtedly this year’s leading canoeist.

In 2022 Vaquer has completed an extraordinary season with his boat, Nadir, with which he has won the Swan Class World Championship, the prestigious Rolex Swan Cup and the Copa del Rey MAPFRE. For his part, Moreno is the last great discovery of the Balearic canoe based in the Reial Club Nàutic Port de Pollença. He has won the World Championship in the C4 500, the European Championship in the C2 500 and has real options to play the Olympic Games in Paris.

The award for the most outstanding entity went to the Navy Sailing Delegation. Gaceta Náutica wanted to recognize the great work of this institution founded in the 1950s in the promotion and dissemination of sailing. The person in charge of collecting the Rudder was Admiral Jaime Rodríguez-Toubes, who expressed the “pride” that “obtaining such an important award” represents for the Navy, and reminded his figures of Álvaro Urzaiz, creator of the naval regatta committees, and Marcial Sánchez-Barcáiztegui, who preceded him as sailing delegate and person highly esteemed by nautical fans in the Balearic Islands.

The award in the communication section went to Yolanda Llinás, a true pioneer of nautical journalism who has covered all possible aspects of everything related to the sea: from navigator to director of magazines such as Skipper, The Best or, today, Sea Fever. Yolanda, started in this profession in 1979 and has had the privilege of dealing personally with sports sailing legends such as Eric Tabarly, Juan Guiu or José Luis de Ugarte, she has not hidden the “excitement” of seeing their work recognized by their professional colleagues.

The recognition of an entire professional career had to be on this occasion for Miguel Félix Chicón, head of the Maritime Rescue Center in the Balearic Islands, who has earned a well-deserved rest after three decades of tireless service to the navigators.

“There is nothing more gratifying in the world than saving a life,” Chicón assured at a time in the emotional video about his professional stage in Mallorca, in which he also recognized the bitterness of having to notify a mother of the suspension of the search for her son, lost at sea, having lost all hope of finding him alive: “Those have been the hardest moments.”

Elena Pipó, director of Gaceta Náutica, highlighted in her speech prior to the awarding of this award called the “Compass Award”, that Chicón has developed her work “with the rigor of the sailor and with the humanity of those who are called to leave their mark wherever they go».

Finally, the Timón Award in the Innovation category, awarded in collaboration with the Balearic Islands Port Authority and endowed with 2,000 euros, went to the Eco Wave Power project, which will take advantage of the force of the waves to supply 50% of the electricity consumed by Port Adriano, on the island of Mallorca, whose manager, Isabel Teruel, has received the award.

83% of the waves that break in Port Adriano are between 0.5 and 5 meters high, the operating range of Eco Wave Power technology. The project represents an opportunity to contribute to the transition towards renewable energy in a realistic way.

The jury for the Timón Innovation Award was made up of the director of Quality, Environment, Innovation and Corporate Social Responsibility of the APB, Jorge Martín; the professor of Computer Architecture and Technology and head of the Systems, Robotics and Vision research group at the Universitat de les Illes Balears (UIB), Gabriel Oliver; the coordinator of the UIB Master’s in Nautical Industry, Juan Poyatos, and the director of Gaceta Náutica, Elena Pipó.

The jury has awarded two second prizes to the Sea Guard Barriers project, developed by the civil engineer Juan José Lemm and Econautica SL, and to the monitoring system Igreenport, promoted by the Corporation of Pilots of the Port of Palma. Both have received as a prize a work signed by the artist Helio Díaz.

Sea Guard Barriers is a piloted floating system for the collection of plastics at the mouth of the Portitxol torrent, while Igreenport is a pioneering system for monitoring the quality of sea water in different areas of a port, as well as for the early detection of pollution incidents. 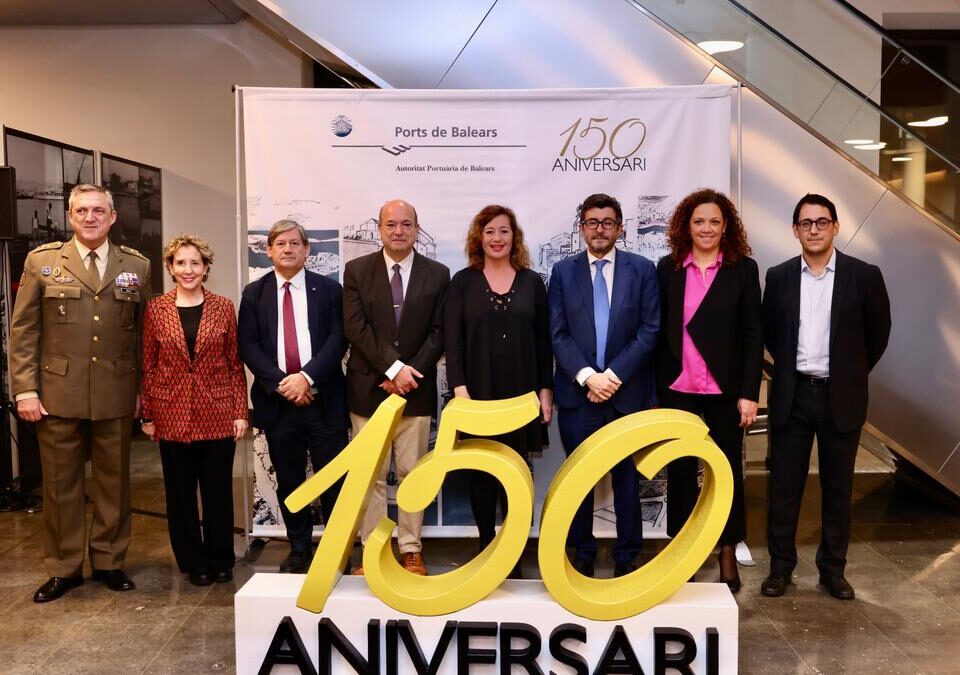 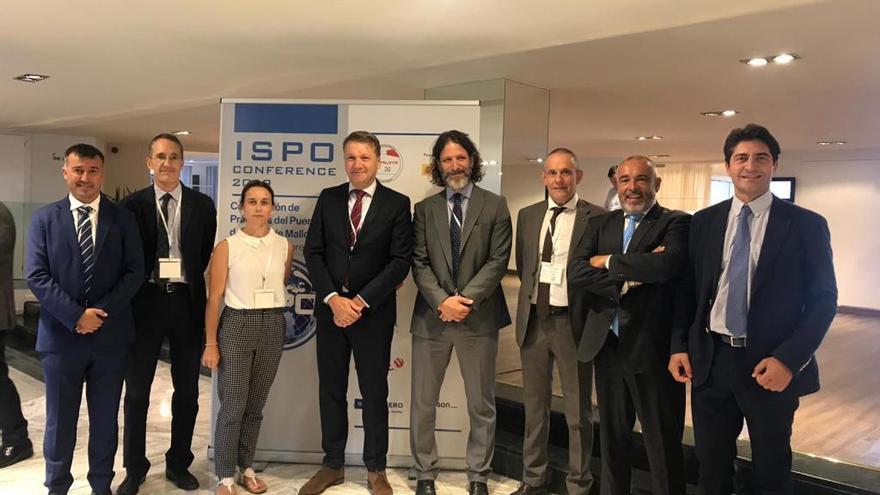 ISPO Conference, a forum to discuss security in ports 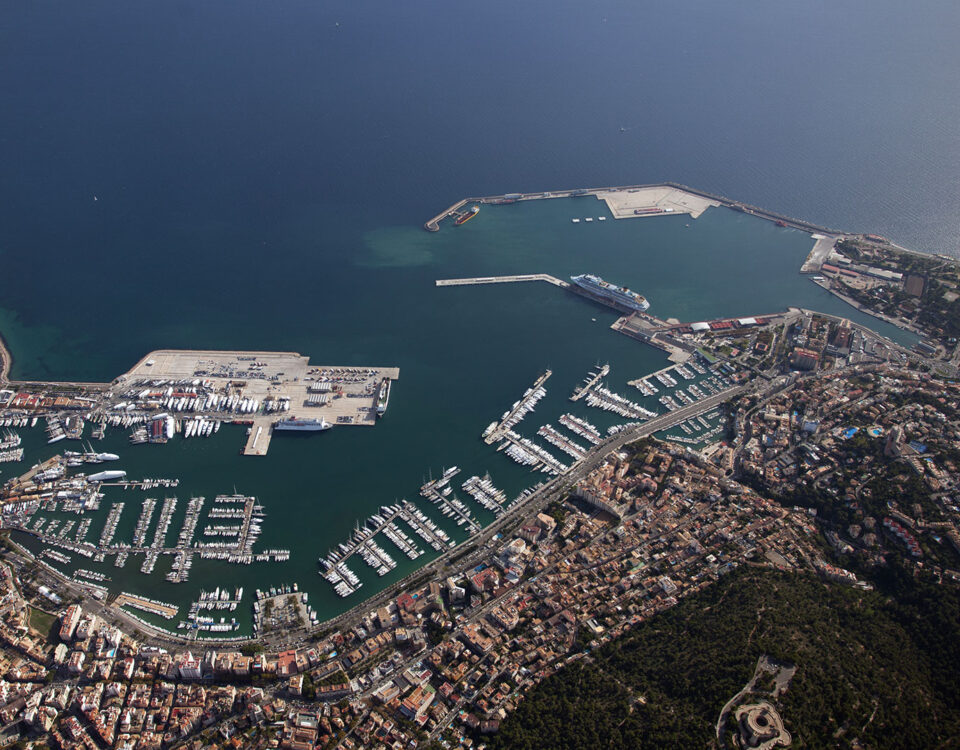